We meant to write three Washington posts but completely lost track of time.  In fact today is already our last day in Philadelphia, so we’ll finish Washington and then finish Philadelphia.  If you make it to the end we have a nice video finale set to the song “Gonna Fly Now”.  So much fun!

Washington:  Saturday was spent with friend’s Chuck and Pam at Mt. Vernon, the plantation home of George Washington.  The home has been wonderfully preserved and even contains many original pieces.  My favorite was the main key from the Bastille (beginning of the French Revolution) given to Washington by the Marquis de Lafayette. Washington placed the key in the entryway at Mt. Vernon and it has been there ever since. 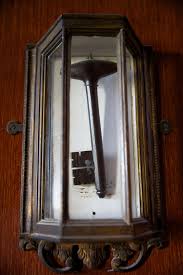 The museum had several very interesting displays including his youth and military career in the French-Indian War (Washington’s troops fired the first shot of the war), his business enterprises (farming, distillery, fishery, gristmill), Commander of the Continental Army, dental problems, and of course his presidency.  There is also quite a display on his death (caught a bad cold inspecting his farms in the rain and died 2 days later after numerous blood lettings).  A distraught Martha burned all their correspondence, locked their bedroom door and moved into another room in the house.  She passed away a couple years later.

Dentures made of human and cow teeth.  No wonder he didn’t smile much

Prior to leaving DC Robin and I did a nighttime walking tour of the monuments.  Here are a couple pictures.

Sunday we got up early, packed the car, and drove to Philadelphia where we arrived at the Sheraton Society Hill just in time to watch the Raiders v. Jets game……..guess we should have slept in and taken our time getting here.  BTW, getting here from DC we drove directly  past RFK Stadium (Redskins), M&T Bank Stadium (Ravens) and Lincoln Financial Field (Eagles).  It was kind of our tribute to opening Sunday for the NFL. Fortunately only the Eagles had a home game so the traffic was manageable.

We have really enjoyed our time in the City of Brotherly Love.  Staying in the historic district we seem to run into something……..well, historic…on every street.  On the way to dinner (Han Dynasty.  Hadn’t been for Chinese in ages) we passed the home site of William Penn and the site of the City Tavern (where the boys would go for beers after discussing Declarations and Constitutional Articles at Independence Hall all day).  Today you can still go to the replica tavern and order the Founding Father’s favorite beers (really) from staff dressed in late 18th century colonial garb.

Monday we took a walking tour of the district which took us to The Declaration House (where Jefferson wrote the Declaration of Independence), Washington Square, Independence Hall, The First and Second Bank of the United States (both colossal failures…some things never change), Carpenter’s Hall, Betsy Ross House, Ben Franklin home site and post office, Elfreth’s Alley (America’s oldest continuous residential neighborhood, some go back to the 1720’s), Liberty Bell, the first presidential home site (sadly destroyed and recently excavated), and Library of the American Philosophical Society (founded by Franklin).

We went back to Independence Hall for the building tour of the Hall and the Congress House, where the House of Reps and Senate were located prior to moving to DC. The buildings are nicely preserved (according to one guide, 70% of the outside and 50% of the inside are original).  Since we really love being on and in historic locations, this was a real treat.  Independence hall is set up mostly with period pieces plus a few originals (Washington’s chair, Jefferson’s cane).  Just so cool to be on the spot where the Declaration of Independence and Constitution were debated and created (and then to walk down to the Tavern where the debate continued). We also really enjoyed Congress House, especially the Senate Chambers where John Adams presided as VP, and where Washington took his last oath of office (took the oath, walked to the balcony, waved to the crowd and went home).

Room where Declaration of Independence and The Constitution were debated and created.

2nd Bank of the US

Entry to where Franklin’s home once stood. Ben walked this way to work.

US Customs House (used in the Ghost Busters movie)

Sometime during all that touring, we walked to Jim’s Steaks for Philly Cheesesteak sandwiches (when in Rome..).  We enjoyed the lunch but not sure what all the hubbub is about.

Monday night we met up with friend Chuck Rosenberg (lives in Chicago area, office is in the Philly area) and had a nice dinner at The Continental.  We were a bit late taking a picture but you can tell we thoroughly enjoyed the dinner.

Tuesday we slept in, worked out, watched the Apple news, walked to the Reading Terminal market for lunch and then to the Philadelphia Museum of Art.  You may be wondering what we saw in the museum.  Well, to be honest, we only saw the bathrooms.  Did we go to see art? Nope, not this time.  We went to see and run the Rocky steps! Just something we had to do (and we were not alone).

After our run up the steps we went shopping for new walking shoes.  We estimate we have at least 600 miles on our current shoes (one sales person, after examining Robin’s shoes, stated “these shoes are dead”) so the time had come to replace them.  The Rocky steps being a nice retirement party.  It feels so good….so good…to have new shoes!

Dinner downtown, back to the hotel for the season premier of Sons of Anarchy.

Today we slept in (a long night of nightmares after Sons), worked out, had a nice lunch at Pizzacato Restaurante and went to the National Museum of American Jewish History. Sadly they had no steps to run up with our new shoes but we did have a great tour.  The museum, only a few years old, traces the history of Jewish immigration and life in America.  The good and the bad.  We took a docent tour which was great.  Our guide had many interesting stories and pointed out many very interesting artifacts.  The museum currently has a special exhibit on baseball (what?) called Chasing Dreams:  Baseball and becoming American.  It is really a tribute of how immigrants and minorities used baseball to help become American, to feel a part of the society in which they might otherwise be on the margins.  It was fun to read about Hank Greenberg (the “Hebrew Hammer”), Sandy Koufax, Kenny Holtzman and contemporaries such as Nate Freiman and Sam Fuld (both currently on the A’s).

We met Chuck for dinner (got pictures this time) at Spasso’s.  Tomorrow we are off to NYC, our last stop in the East.

As promised, here is our latest video, set to the song “Gonna Fly Now”.  Enjoy.

This entry was posted in Pennsylvania, Uncategorized, Washington DC. Bookmark the permalink.